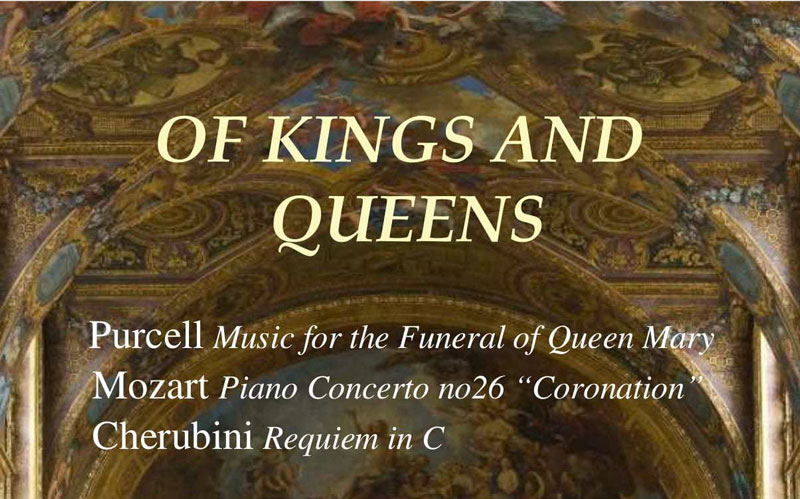 Following the 20th Century English music of Bury Choral Society’s concert commemorating the ending of the First World War and the joyful bagatelle of the Christmas Festivities, the choir demonstrated their versatility with a concert of Baroque music on Saturday, 16th March, in Bury Parish Church.

Purcell’s Music for the Funeral of Queen Mary is rarely performed. Opening with sonorous drum notes, and framed by slow marches with drums and brass, the choral work of two verses and choruses are lightly accompanied by only the organ when not sung acapella. It may be sombre, but what a profound work, the glorious resolving dissonances in the second verse preceding Messiaen by almost 300 years!

The hesitancy of the choir in some the entries in the Purcell were dispelled in full in Cherubini’s Requiem in C, for choir only, which formed the second half of the concert. The choir, well supported by Bury Camerata and directed by Juan Ortuño, conveyed this beautiful music with aplomb, registering the dynamics of the mass, and occasional uncommon Latin phrases; this is a choir which can sing quietly when required, an art which most amateur choirs find extremely difficult to achieve. While Cherubini was revered by such notable composers as Beethoven and Brahms, his work is rarely performed – it deserves to be heard more often.

Between the two choral works we heard Mozart’s Piano Concert no: 26, The Coronation. This was a virtuoso performance by Jonathan Ellis, handling the considerable and unforgiving arpeggios with an ease and lightness which we have come to expect from him – a memorable performance.

This was another varied and entertaining concert by the Society. What a pity that the torrential rain and consequent travel problems appeared to limit the audience – it was a rare treat.