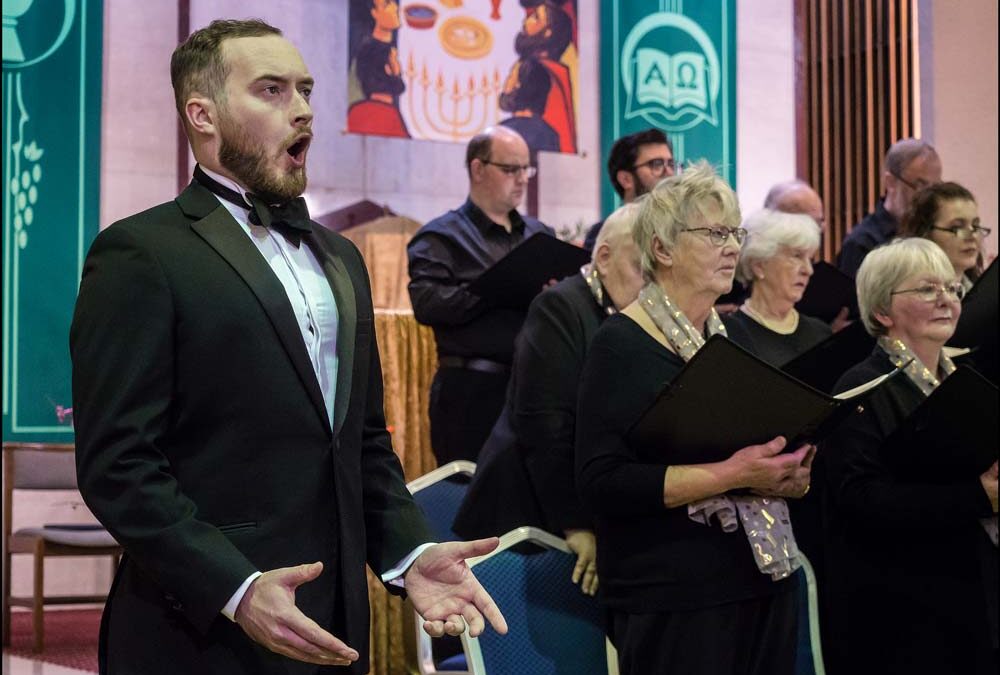 On Saturday 20th November the Bury Town of Culture Open Day concluded with Bury Choral Societies concert in Bury Parish Church. Titled In Memoriam the programme was put together to remember the recent struggles of the pandemic. The following day the choir performed a shortened version of the programme at Saint Vincent’s Catholic church in Rochdale.

Both audiences were treated to a mix of choral works, culminating in moving performances of Fauré’s Requiem. Both concerts opened with gusto, the choir singing Handel’s Coronation Anthem “Zadok the Priest” with both enthusiasm and accuracy, conducted by Richard Youngman, who himself sang the same anthem as a chorister at the Queen’s Coronation in 1953!

On Saturday we were then treated to a performance of Psalm 104 by William Lovelady which was revised and sung at the funeral of HRH Prince Philip earlier this year.

This was followed by local boy Peter Skellern’s piece Rest In Peace, (and Rise In Glory), offered in tribute to all victims of the pandemic: the choir sang with beautiful control, sensitivity never giving way to sentimentality. The mood was changed when soloist Heather Heighway sang (with a nod to Victoria Wood!) Purcell’s “Nymphs and Shepherds”.

Accuracy, clarity and attention to detail are all important in Purcell, and both soloist and organist Gary Hulme demonstrated all these. This continued in Purcell’s “Bell Anthem” – “Rejoice in the Lord Always”, which saw a magical interplay between the main choir and a semi-choir of soloists, bouncing along and allowing the subtle humour of Purcell’s repetition of the word “Again!” to shine through. A special mention is needed for Sally Hilditch from the choir who sang the alto solo in Psalm 104 on Sunday with distinction.

The first half of Saturday`s concert concluded with Handel`s Foundling Hospital Anthem. Again the soloists were excellent and the choir sang well in support, especially in the Hallelujah chorus which Handel originally wrote for Messiah.

The main piece was the moving Requiem by Gabriel Fauré – a work of great tenderness and apparent simplicity, though with challenging harmonies which the choir handled with ease. After soprano Heather had uplifted everyone with the pure melodies of the “Pie Jesu”, the choir excelled in the “Sanctus”, “Agnus Dei” and “Libera Me” – the later enhanced by the powerful and emotional contributions of bass, Peter Lidbetter.

Especially in the “Agnus Dei” the choir displayed immense understanding and vocal skill: there is one moment when a single note is held, and the voices shift the harmony while singing “Lux aeterna” – this was the standout moment of the concert, the control of the choir producing frissons of emotion in the audience. At the end of the Requiem, there was a breathless silence in the Church before applause burst forth – a tribute to the talents of both choir and conductor, Juan Ortuño, in presenting such a moving piece with such power.

Bury Choral Society continues to produce music of a high standard, with a level of enthusiasm and commitment which is wonderful to see in volunteers, and the enjoyment experienced by the audience is testament to this commitment. 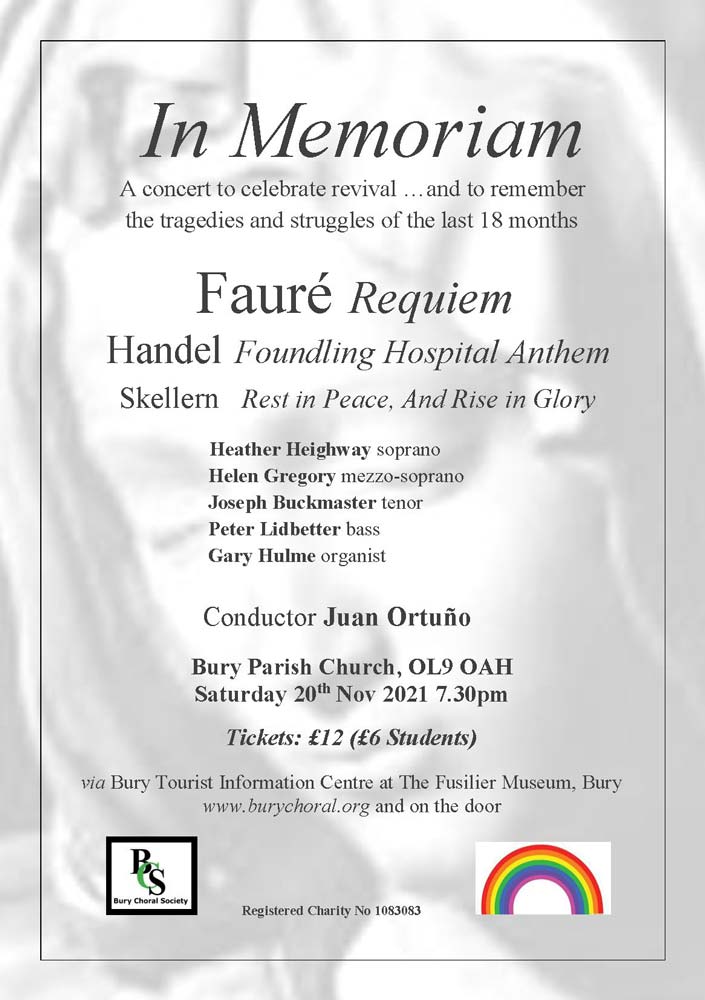