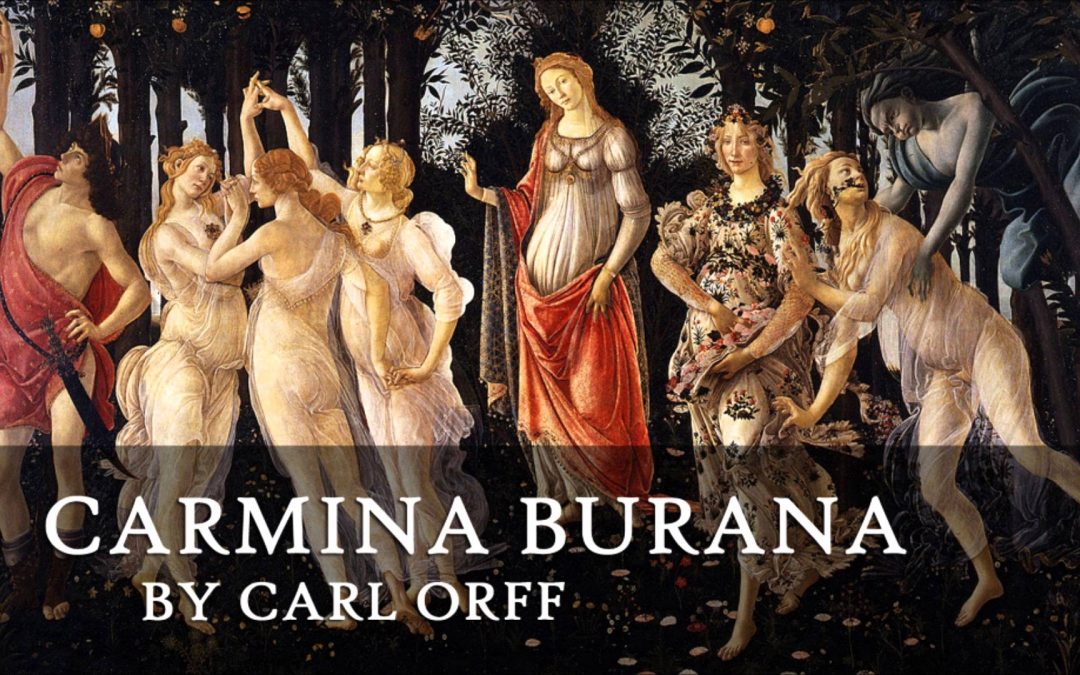 This is a popular but difficult work for choirs and orchestra alike requiring large forces and for singers a dexterity of vocal line and diction to master the Germanic Latin text of much of the work. A large audience at the Royal Northern College of Music gave resounding approval to this performance by the combined choir of Bury Choral Society and The Brixi Singers with the Gorton Philharmonic Orchestra, a performance which encompassed the thrills and passions of this music while conveying the spirit and feeling of the tricky text.

Based on a collection of 13th century poems compiled at the Benedictine monastery in Benediktbeuren, in Bavaria, Carl Orff composed the eclectic Carmina Burana in the 1930’s mixing poems and songs ranging from religious to secular love, drunken debauchery, gambling and dancing.

With its famous opening Fortuna, given a full bodied rendition by orchestra and combined choirs, the performance started well and continued in the same vein. Baritone David Cane, stepping in for the indisposed Paul Chamberlain, gave a measured and assured performance with clear articulation though the piece deserved more weight in the voice than was offered. The brief but exacting tenor part was excellently sung by Ryan Hunt while two of The Brixi Singers, Suzanne Marsh and Stephanie Ives, shared the soprano role with equal aplomb.

The evening commenced with a performance of Shostakovich’s Festive Overture, given a boisterous though not always accurate performance. This was followed by Beethoven’s Choral Fantasy, primarily variations and keyboard improvisation foreshadowing the 9th Symphony’ Ode to Joy Theme with the ever exuberant and talented Jonathan Ellis providing wonderful entertainment. All in all an excellent evening of music making.