The Armed Man: A Mass for Peace 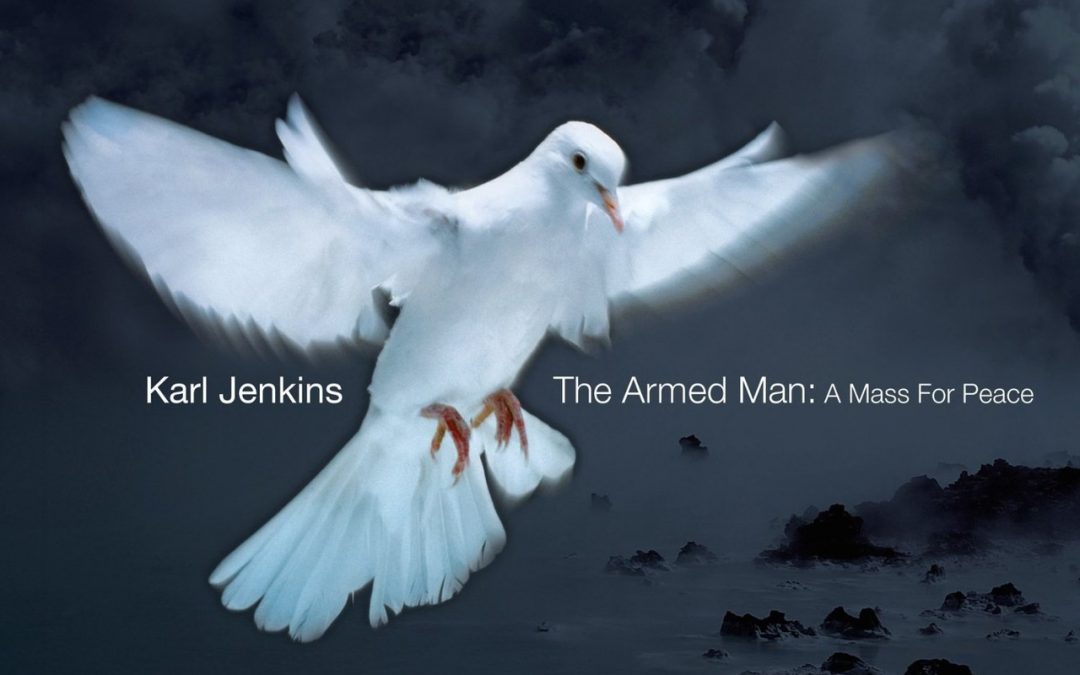 The concert included the short ‘In Terra Pax’ (Finzi) during which the choir’s ability to sing quietly made its impact in this reflective piece. Choir member Chris Babbs is commended on his precise and sensitive handling of the solo part which was not without its difficulties,

The second item, Mozart’s 14th Piano Concerto, was played by the Society’s accompanist and concert pianist, Jonathan Ellis. As ever, his audience was thrilled by the skill of this exceptional and accomplished pianist .

The Armed Man was new to me, and I was transported from beginning to end, along with the whole audience. Led by popular Juan Ortuño, the choir was supported supremely by organist Elin Rees and Bury Camerata. With only one rehearsal together, and a different cellist for each performance, the deeply atmospheric and ever-changing mood of the music started jauntily sung in French. A young revolution army marching and singing to the precise beat of drums and piccolo gradually became strong and determined, with a need to pray for safety. The round and well-tuned voice of the muezzin sang the moving Call to Prayers. This was certainly something of a precedent in a protestant church, prompting a sense of integration and solidarity (even, I heard, bringing tears to some eyes) endorsing the theme of this work – the need for peace, and its relevance to peoples of all religions and nations.

There were very many special moments in the sensitive playing and singing of Kyrie Eleison, as the cadences of rising bass voices and mellow alto sounds interwove. The regular beat sustained in the Sanctus by choir and orchestra gave the image of an army praying while still marching, with beautifully executed soprano moments stressing increasing urgency and praise and becoming a full-blown exuberant “Hosannah”. The music for the opening to the next prayer was reminiscent of an epic film. The orchestra produced an ‘earth full of anger’ with a quality and breadth far beyond its own size to join the choir’s equally strong and fervent plea for strength to die.

The futility of war now obvious, the choir cleverly became bells ringing out war and ringing in new hope for peace. The final soul-felt promise of no more pain, nor tears, was indescribably moving, and the long silence at the end of it (we were all hoping for more) was followed by totally justified rapturous applause and standing ovation.

Choir and orchestra cannot be praised too highly for their interpretation of the needs of the music. They displayed exceptional strength and aggression, quietness, peacefulness and sensitivity, combining immaculate timing and rhythm alongside the orchestra which provided a firm and considerable support throughout. Ultimate praise must go to the Director of Music, Juañ Ortuno, who rehearsed the performers and brought them together in this moving work and made it special. There was no doubt that all the performers were exhilarated by their involvement and they visibly enthralled and moved the audience. Congratulations Bury.