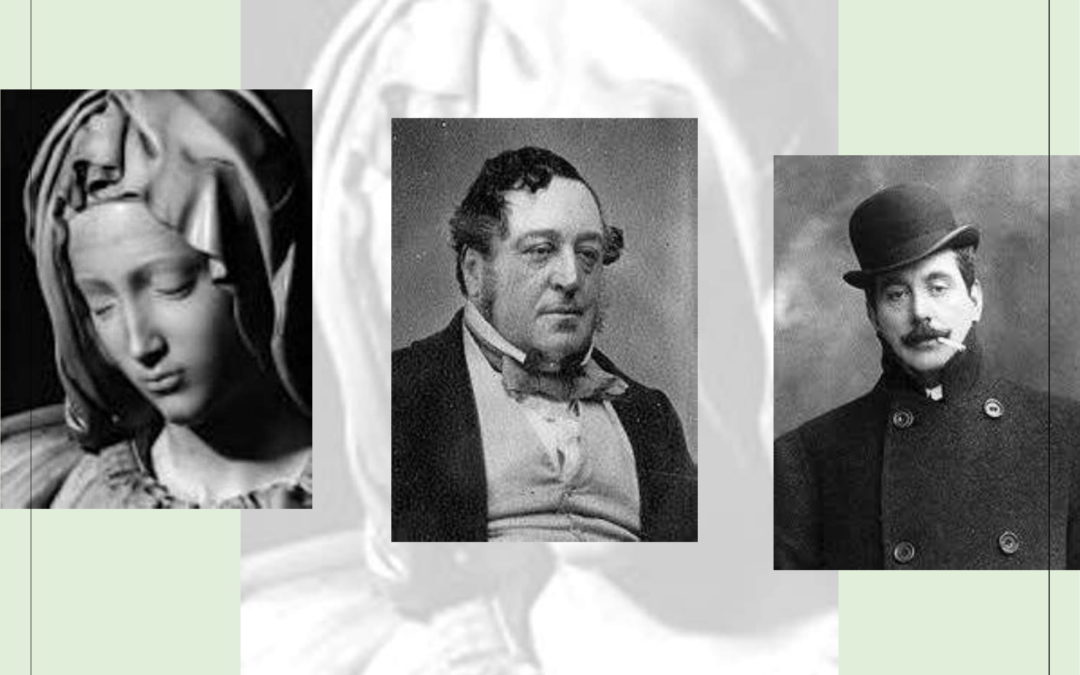 This season’s final concert by Bury Choral Society, held in Bury Parish Church on 12 May, comprised two sacred works from composers usually associated with opera.  Puccini’s Messa di Gloria was composed when he was only 22 as a graduation piece, was a resounding success and then disappeared for nearly 75 years.

The piece carries the full range of musical dynamics to which chorus and soloists gave ample expression.  It starts serenely in the Kyrie, moves on to intersperse lightness of touch with dramatic upsurges, showing early use of Puccini’s signature of unison chorus for dramatic effect, the whole work resolving somewhat apologetically in the Agnus Dei.

After the interval came the better known work, Rossini’s Stabat Mater, a work in which soaring and splendid melodies – most notably in the tenor solo Cujus animam, done full justice by Iain Henderson – carry words of embarrassingly morbid sentimentality.  Fortunately, it was sung in Latin so we were none the worse!

Soprano Samantha Chambers and mezzo Helen Gregory joined the men, the soloists having major parts to play in this piece.  Ms Gregory in particular seemed to be enjoying herself, but all performed impeccably, being especially impressive in the unaccompanied and subtly complex Quando corpus.

Throughout, spot-on accompaniment was provided by the Bury Camerata, largely but not entirely made up of students from the Royal Northern College of Music.

Lastly, but by no means leastly, mention must be made of the chorus, whose excellent work underpinned the whole event.  Nowhere did the sopranos struggle for the high notes, tenor and bass entries were sound and solid, pianissimos were really soft, staccatos bullet-like, and when required they filled the church’s large space with impressive volume.

I have written these brief reviews for several years now, and during this time I have seen the choir improve steadily.  They are now a very capable ensemble, well balanced and well disciplined.  Music-lovers in Bury are lucky to have such a choir on their doorstep.