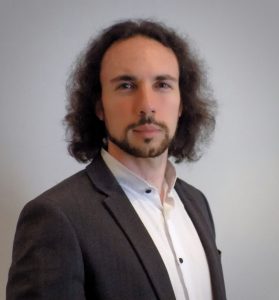 Spanish conductor Juan Ortuño is enjoying an exciting career in the UK, where he is principal conductor of the Sheffield Symphony Orchestra and the Gorton Philharmonic Orchestra. He also regularly conducts concerts with Crosby, North Staffordshire, Alderley Edge and Wilmslow Symphony Orchestras.

Coming from a family of singers, Juan is very passionate about working with opera and choral societies. He is Musical Director of the City of Manchester Opera, with whom he has most recently conducted thrilling performances of Carmen and The Magic Flute. Since 2014, he has been Director of Music of Bury Choral Society, receiving glorious reviews for the performances of St. Matthew’s Passion, The Creation and The Armed Man.

Juan also enjoys teaching young talented musicians in the Junior RNCM, where he also conducts the symphony orchestra. Upcoming projects include a collaboration with the Manchester University Confucius Institute to create an international Chinese choir.

Juan started music lessons in Madrid with his parents. Both were performers in the Spanish National Radio and Television Choir. His first ambition was Astrophysics in which he obtained a Bachelor’s Degree. At the same time, he was studying voice, piano, and violin. He then decided to focus on a career in music and earned degrees in Orchestral and Choral conducting at the Royal Conservatory of Madrid.

After finishing his degrees in Spain, Juan was awarded with a scholarship from the Spanish Ministry of Foreign Affairs to continue further studies in the UK. He obtained his Masters degree from the Royal Northern College of Music, where he studied with Clark Rundell and Mark Shanahan and conducted his final concert with the Manchester Camerata.

During his academic studies, Juan was selected to take part in the young conductors’ project of the Spanish Youth Orchestra (Joven Orquesta Nacional de España), working with them as guest conductor in concert tours. He also attended several conducting master classes with Benjamin Zander, George Hurst, Martyn Brabbins, and Antoni Ros-Marbà, and has worked with orchestras such as the the Royal Scottish National Orchestra, the Sappha Ensemble, Kammerphilharmonie Graz, and Orquestra Simfònica del Vallés among others. Juan was a finalist in the “Luigi Mancinelli” International Opera Conducting Competition in Orvieto.