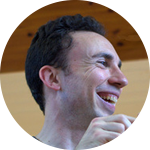 Spanish conductor Juan Ortuño is developing an exciting career in the UK where he has worked with orchestras such as the Manchester Camerata, the Royal Scottish National Orchestra, and the Sappha Ensemble. He is Musical Director of the City of Manchester Opera and principal conductor of the Gorton Philharmonic Orchestra, Sheffield Symphony Orchestra and Bury Choral Society. He also regularly conducts in productions with Opera Seria.

Juan also enjoys working in projects with companies such as Pint Sized Opera or Classical Revolution, who aim to bring opera and classical music to new audiences in informal locations. He has worked across Europe with the Kammerphilharmonie Graz, and Orquestra Simfònica del Vallés among others and was finalist in the “Luigi Mancinelli” International Opera Conducting Competition in Orvieto.

Juan started music lessons in Madrid with his parents. Both were performers in the Spanish National Radio and Television Choir. His first ambition was Astrophysics in which he obtained a Bachelors Degree. At the same time, he was studying voice, piano, and violin. He then decided to focus on a career in music and earned degrees in Orchestral and Choral conducting at the Royal Conservatory of Madrid.

He was selected to take part in the young conductors’ project of the Spanish Youth Orchestra (Joven Orquesta Nacional de España) and since then has continued working with them as guest conductor in concert tours. During this time he has attended several conducting master classes with Benjamin Zander, George Hurst, Martyn Brabbins, and Antoni Ros-Marbà.

After finishing his degrees in Spain, Juan was awarded with a scholarship from the Spanish Ministry of Foreign Affairs to continue further studies in the UK. He is a Masters graduate from the Royal Northern College of Music where he studied with Clark Rundell and Mark Shanahan. 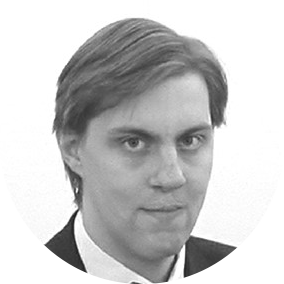 Jonathan Ellis began learning the piano at the age of three. From the age of 11 onwards, he studied at Wells Cathedral School, and then moved on to the joint music course of the RNCM and Manchester University, achieving a first class degree from both institutions plus the PPRNCM diploma in solo piano, and has since attained postgraduate-level diplomas in accompaniment and chamber music, latterly studying with John Wilson.

During his time at college, he was to win many prizes as an accompanist, plus the RNCM’s two major chamber music prizes with his trio, and its annual Beethoven competition as a solo pianist. This latter success qualified him to enter the Intercollegiate Beethoven Piano Competition in London, at which he won the Audience Prize.

He currently performs regularly as a soloist, a chamber musician with The Ryebank Trio, a vocal and instrumental accompanist, and as a choral/operatic repetiteur, and is a regular competitor in international piano competitions.

In addition he is a regular accompanist for Bury Choral Society, City of Manchester Opera, and the Pennine Spring Music Festival. He has recently been adjudged the Best Solo Instrumentalist at the Buxton Festival Fringe 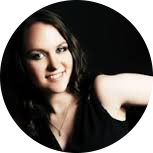 Elin is from Penarth, just outside Cardiff, and grew up in a musical family, performing as a piano and harp soloist and accompanist from when she was very young. She began having organ lessons at Llandaff Cathedral when she was 12 years old, and at 16 won a scholarship to the Purcell School of Music, where she studied piano performance with James Gibb and organ with Anne Elise Smoot.

Elin spent five years at the Royal Northern College of Music (RNCM) and during this time became a Licentiate of the Royal Schools of Music with a BMus (Hons) in Piano Performance, obtained under the guidance of Paul Janes and Carole Presland. She was a finalist in the RNCM Duo competition in 2009 and 2010 and was soloist in a performance of Mendelssohn’s First Piano Concerto with the Manchester Beethoven Orchestra. She has also performed in Masterclasses with Barry Snyder, Rolf Hind, Mark Ray, Jack Gibbons and Lesley Howard.

Her final year at the RNCM was spent studying for her Masters degree, which she gained in 2011, in Piano Performance.
As an organist, Elin was initially able to continue lessons at the RNCM with Kevin Bowyer and was a finalist in the RNCM Prize Competition in 2010. Whilst in Manchester, she had the great experience of working with Ronald Frost as Pilling Organ Scholar for four years at St. Ann’s Church and regularly performed at the Tuesday lunchtime concerts.

As well as being Assistant Accompanist of Bury Choral Society, Elin splits her time between playing at Bury Parish Church, where she is Organist and Assistant Director of Music, performing as accompanist and soloist across the North West, and teaching the piano.